Safety in pyrolysis plants became an essential and increasingly important environmental and health security issue since the numerous people were seriously injured or died due to explosion caused by pyrolysis plant operation.

The burning of the hydrocarbon waste such as used tires, oil sludge, and plastic waste using a high-heat and no-oxygen access is defined as pyrolysis process, also known as cracking. Wide deployment of pyrolysis can be a good waste management industry move if the correct process is adopted.

In any cases, the hazards associated with pyrolysis process arise from the releases of toxic gases and explosions. Hydrocarbons released from the pyrolysis reaction are highly flammable. Under the sufficient heat and oxygen, an explosion may take a place.

In the accident  happened in Indian chemical manufacturing company in Chennai the boiler were flung up to 30 meters from where the pyrolysis plant was installed, killed a man and left two others injured in 2014.

Another explosion of tire recycling unit in industrial area Panchkula (India) in 2011 was caused due to the high pressure, which led to the serious burn injuries received by plant operator as he was standing quite close to the vessel. Another worker received minor injuries in the fire as the waste tyres caught fire.

Explosions can be caused by combustible gases leakage from waste treatment chambers. Three people were injured at in the accident occurred at a renewable heating oil (bio-oil) production unit at the beginning of this year in Joensuu (Finland) after the process had shut down automatically due to strong fluctuation of the liquid levels.  The nitrogen rout was blocked, the hatch was opened and the incoming process gas reacted and led to an explosion inside the industrial area, leading to the whole unit became surrounded by toxic smoke. 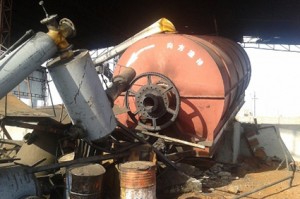 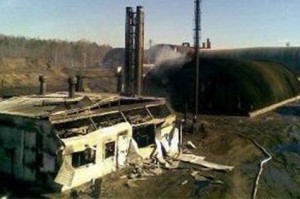 German pyrolysis plant manufactured for the municipal solid waste processing in Furth suffered a major failure in 1998, resulting in the release of pyrolysis gas into the air. An entire neighborhood had to be evacuated, and some residents in the surrounding community were brought to the hospital for observation.

Pyrolysis gas explosion occurred at Russian oil sludge treatment plant in the Khanty-Mansiysk in 2012. The accident claimed the lives of eight people; another eight workers got carbon monoxide poisoned and burn injuries.

One of the explosions recorded was the hazard happened in the high-density polyethylene production plant owned by well-known Russian oil company at the end of February 2014 in Budennovsk. A fire occurred in pyrolysis gas separation unit due to depressurization of the aluminum heat exchanger. 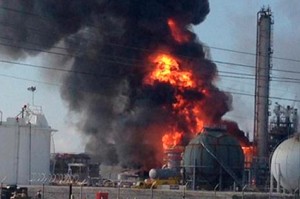 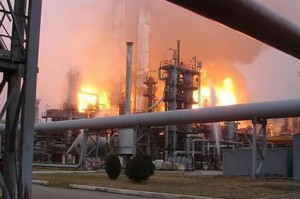 Such accidents can be prevented by controlling the oxygen amount contained in a feedstock, pressure and temperature rise during operational conditions.